A downloadable game for Windows, macOS, and Linux

Nature is powerful. And so are you! But you are doomed to lose your power, and the only way to recover it is by stealing it directly from the source: Nature itself!

Power drains continuously over time. Maintain your power by sending your minions to drain it out of the Nature around you. Summoning minions costs power.
The yellow Slime will seek the nearest source of power, while the red Imp will go straight for the strongest source of power. You can protect them with the Devil, which can attack and destroy enemies.

Nature will try to stop you though. Water Spirits replenish the life force of the world and the Guardians will seek out your minions and destroy them.

Balance is important, keep a close eye on the map and the number of each unit.
The game will start lagging eventually, as the number of units on the map increases. Playing on "Low" settings is strongly recommended.

The level is procedurally generated. Some runs will be easier than others. If you feel like you're having a hard time, consider restarting the game and trying again.

That said, the game is pretty challenging and expects you to balance your resources very carefully.

Camera pan: touch the edge of the screen or Middle Mouse Button and drag

Summon minions: keys 1, 2 and 3 or click the button on screen 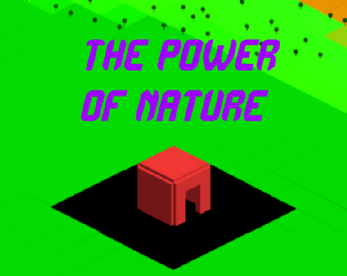